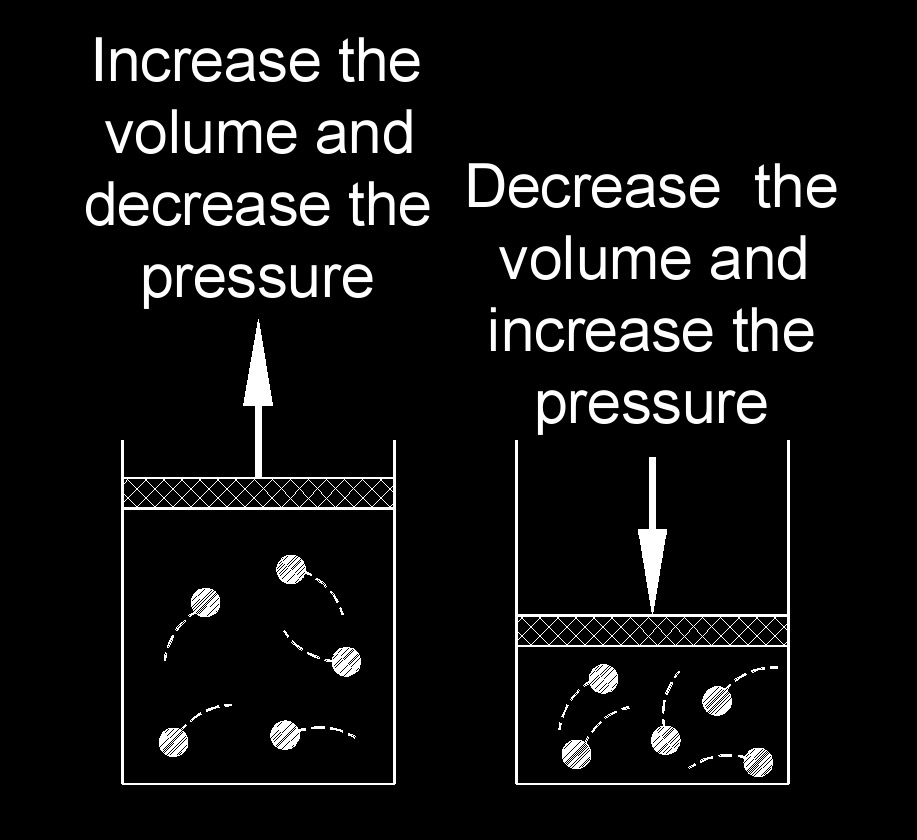 Boyles Law (one of the Gas Laws) is one derivation of the Ideal Gas Law.  An alternate derivation is Charle's law.  Boyle's law states that the volume occupied by a given mass of gas varies inversely with the absolute pressure if the temperature remains constant.  For a fixed amount of gas kept at a fixed temperature, \(p\) and \(V\) are inversely proportional (while one increases, the other decreases).  Boyle's law assumes that there is no temperature change in the process.