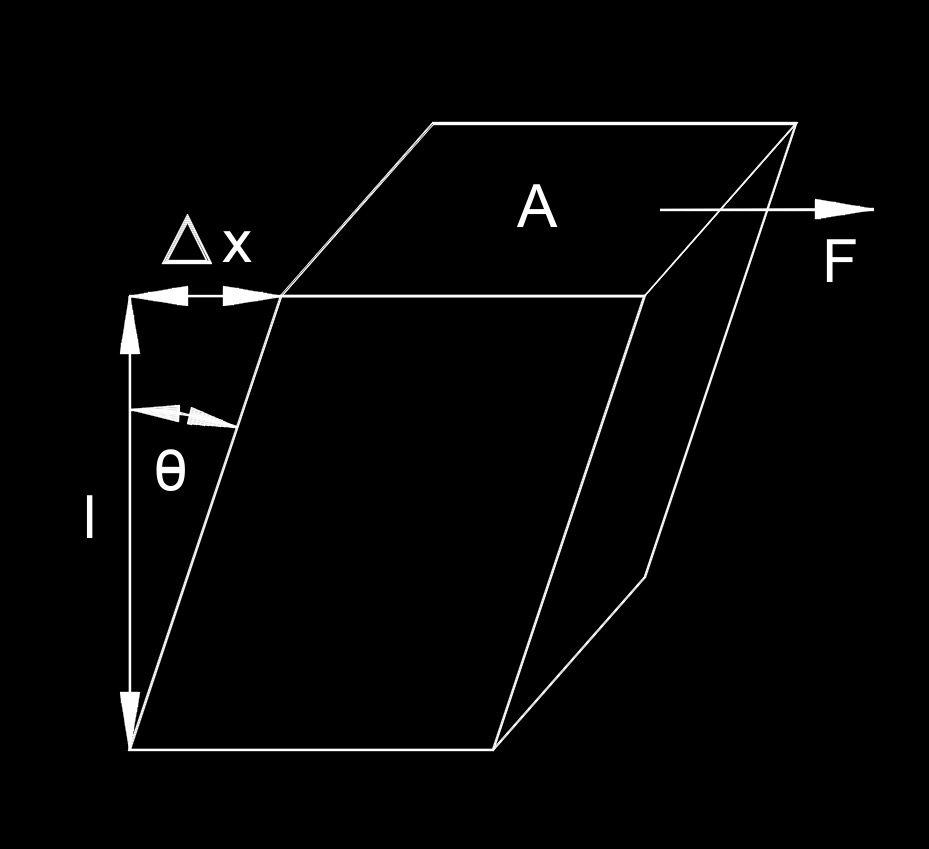 Shear modulus, abbreviated as G, also called modulus of rigidity or shear modulus of elasticity, is the ratio of the tangential force per unit area applied to a body or substance to the resulting tangential strain within the elastic limits.

\(\large{ l }\) = lateral length of the material without force applied