Pipeline pigs are devices that are inserted into and travel throughout the length of a pipeline driven by a product flow.  They were originally developed to remove deposits which could obstruct or retard flow through a pipeline.  Today pigs are used during all phases in the life of a pipeline for many different reasons.

Although each pipeline has its own set of characteristics which affect how and why pigging is used, there are basically three reasons to pig a pipeline:

There are four main uses for pigs:

The very first pigs were used around the year 1870 near Titusville, Pennsylvania.  They were made from straw wrapped in wire used for cleaning. It has been suggested that a bundle of rags tied in a ball was used for pigging.  Straw wrapped in wire was also used.  Later, bundles of leather were used in place of the rags.  Since leather swells when wet, it created a tight seal.  As the pig traveled down the line, it made a squealing noise that sounds like a pig squealing. The term pipeline inspection gauge was coined later.

Batching pigs are used to separate dissimilar fluids such as various grades of crude oil, refined products such as different grades of gasoline in multiple product pipelines.  These pigs are unidirectional if they have scraper cups and bidirectional if equipped with discs.

Quite a bit goes into designing a pigging system.  Major equipment used in pigging is Piping Tees, Pig Launchers, Pig Receivers and other instrumentation. 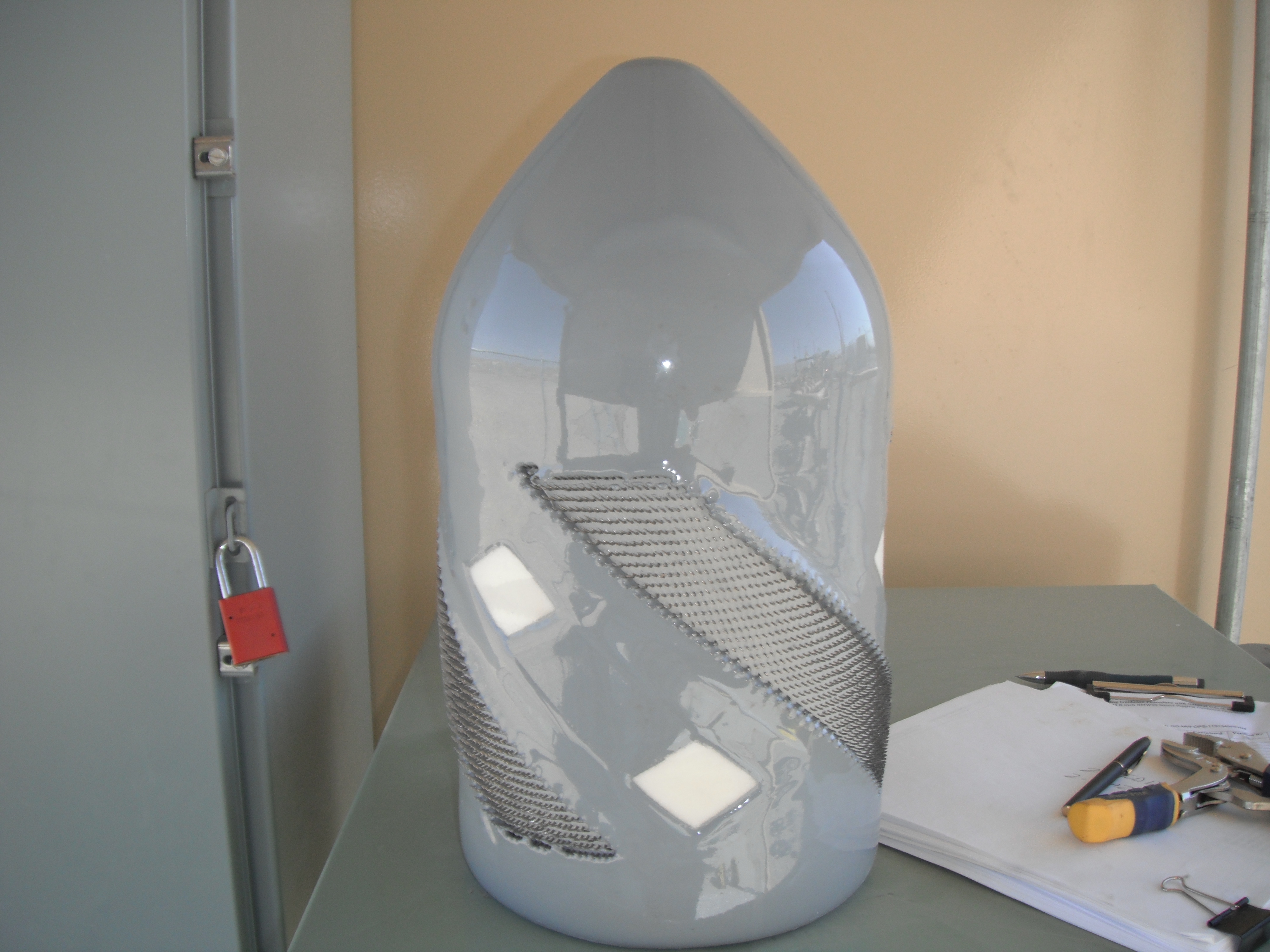 This is a wire brush pig which is used for cleaning a pipeline.  This particular pig was used to clean an 8" gas pipeline prior to sending a smart pig down the line.  The bristles on this pig are designed to scrape any deposits off the inside wall of the pipe such as mill scale, rust or debris left by new construction.