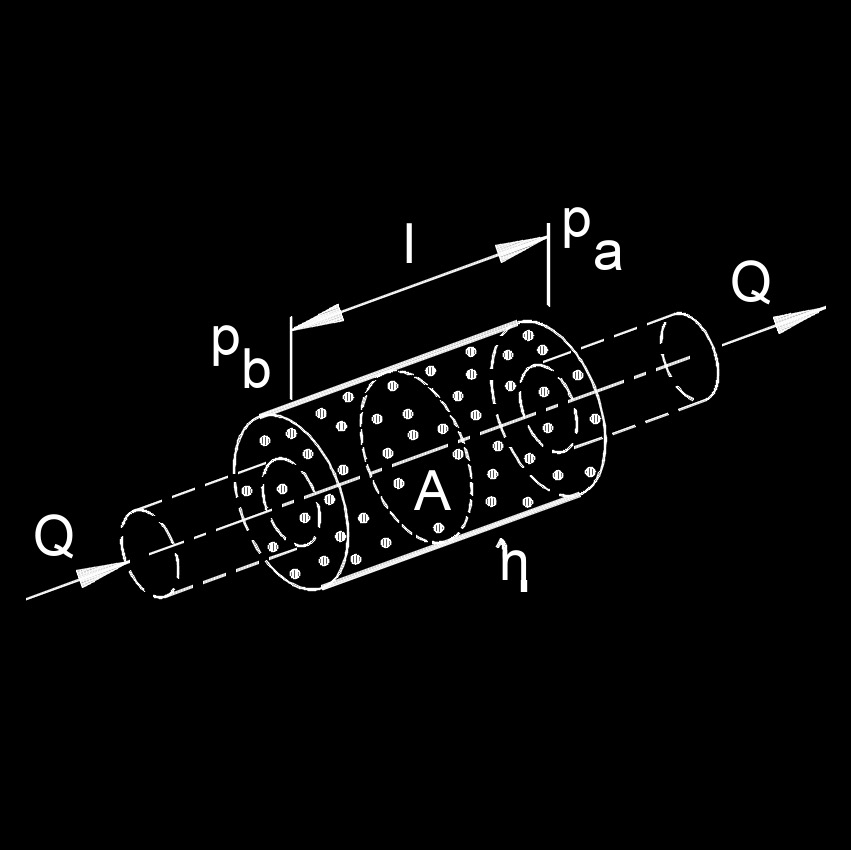 Darcy's law, abbreviated as Da, describing the rate at which a fluid flows through a permeable medium.  The law states that this rate is directly proportional to the drop in vertical elevation between two places in the medium and indirectly proportional to the distance between them.  The law is used to describe the flow of water from one part of an aquifer to another and the flow of petroleum through sandstone and gravel.