A common way to support piping in a plant is to use a pipe saddle to transfer the vertical load from a piece of pipe to another.  This is common when installing piping directly above another piece of pipe or when retrofitting pipe in a facility.  This design is used when access to pouring a pipe support within the foundation is not possible.   This design may not be advangageous if either of the pipes experience vibration or cyclic thermal loading.  Frequent expansion and contraction of the pipe could cause premature failure.

It is also important to use the same materials for saddle as the carrier pipe.  Having dissimilar metals can cause galvanic corrosion and generally should be avoided.

It should be noted that this type of design cannot and should not ever be used for a pipe guide, anchor or directional anchor.  Utilization of a pipe saddle is to transfer vertical load only. 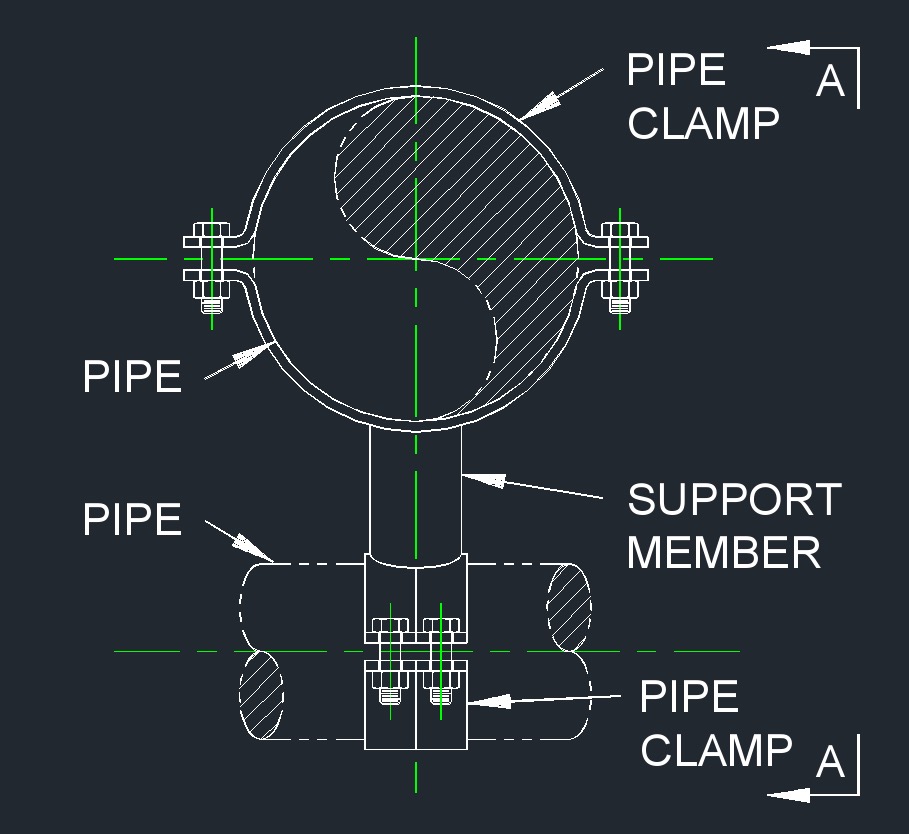 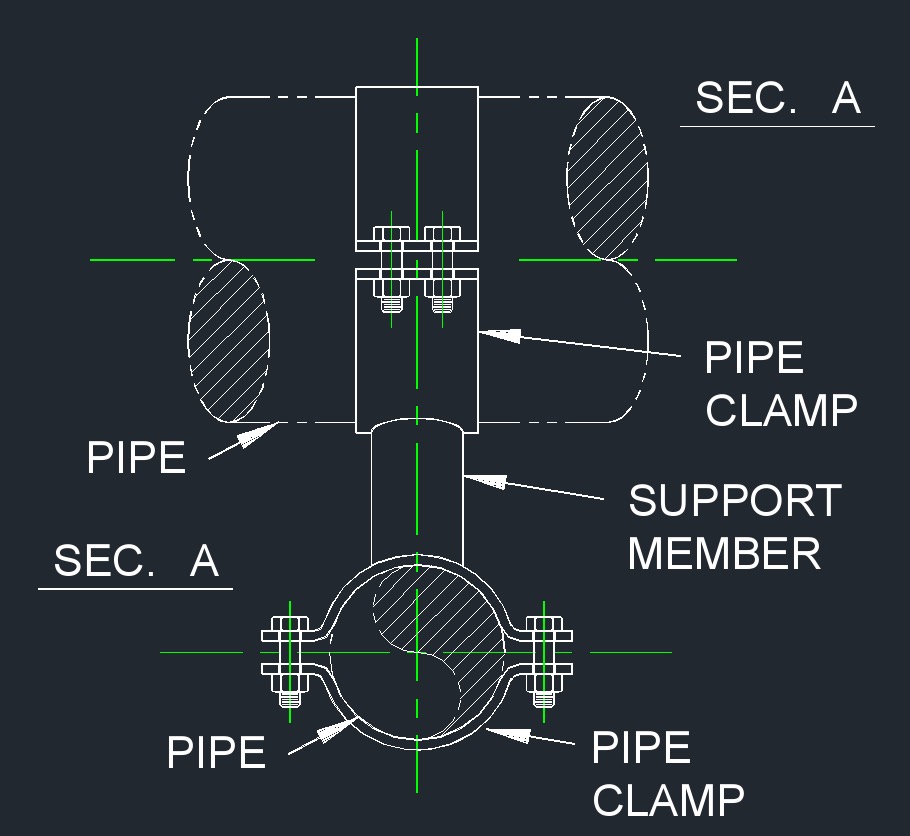 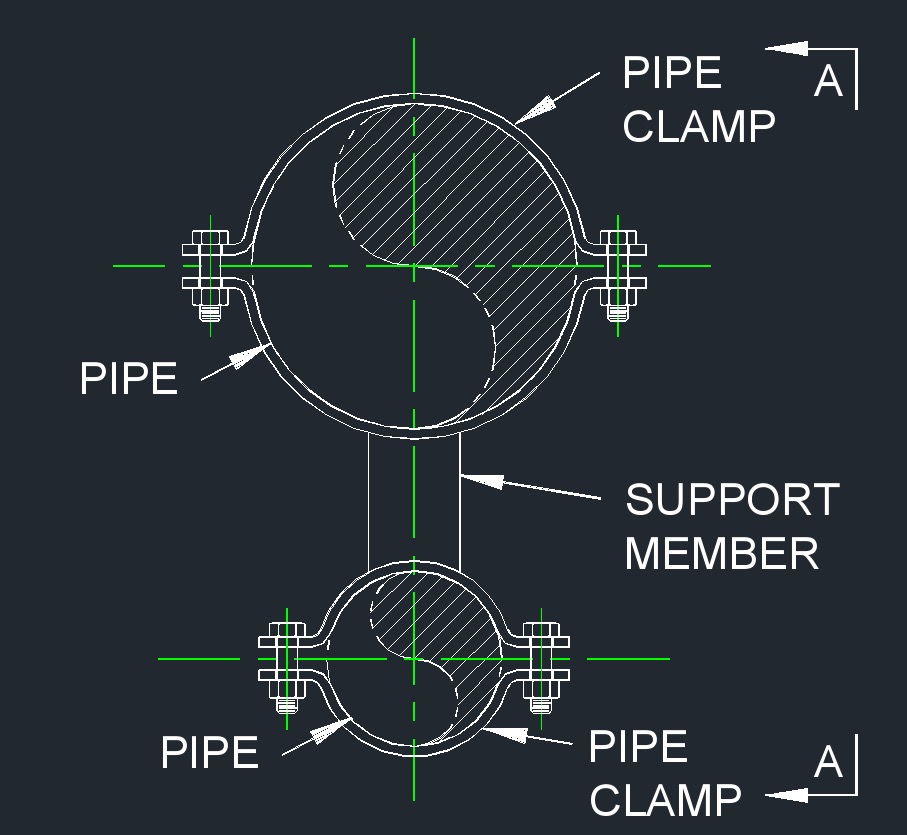 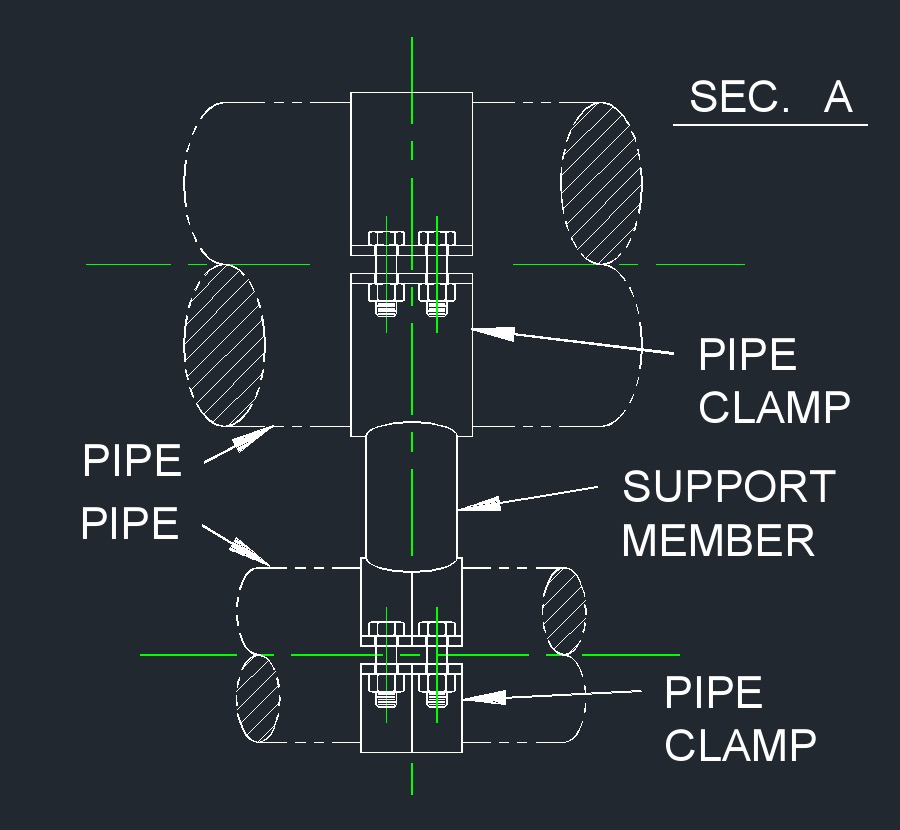 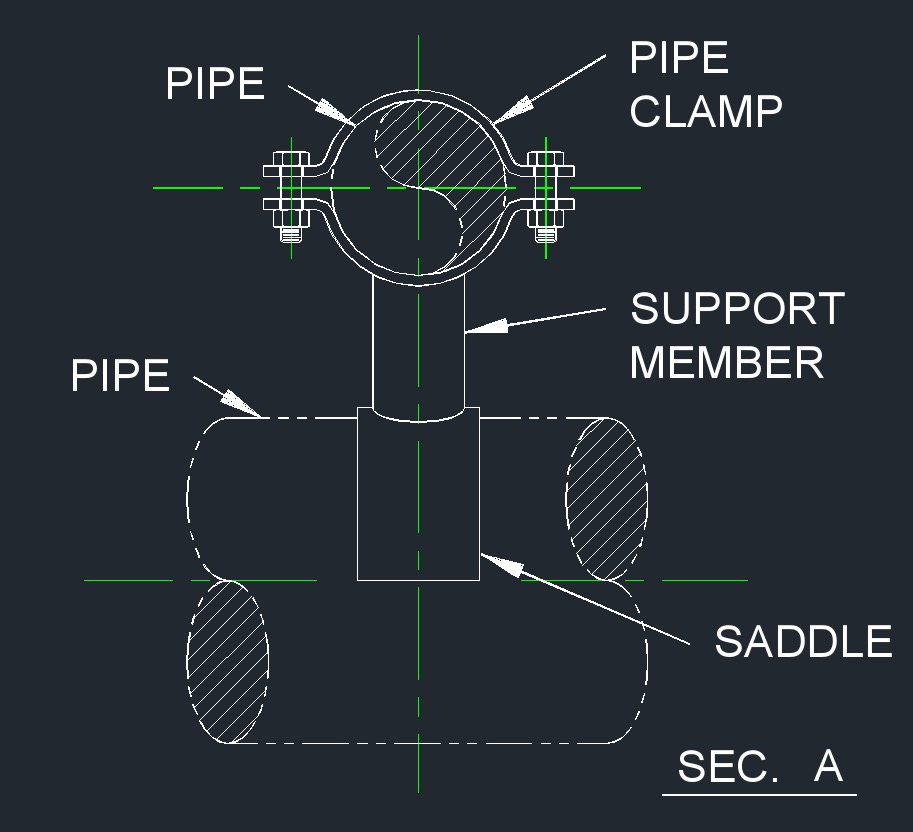 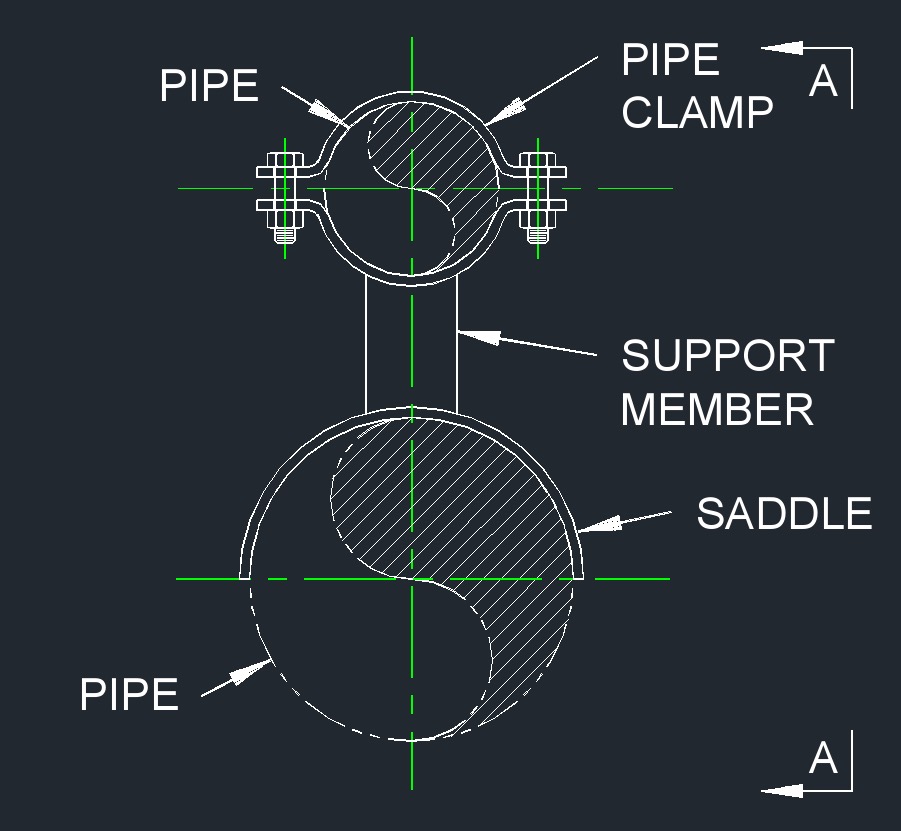