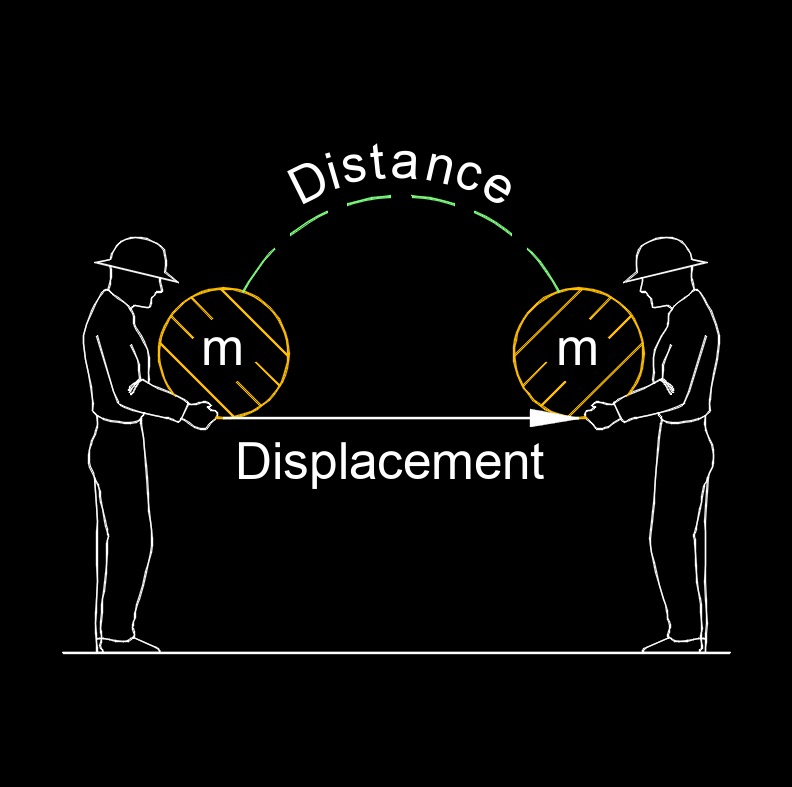 Displacement, abbreviated as d or DISP, is the change in position.  Displacement is a vector quantity having magnitude and direction, some of these include acceleration, drag, force, lift, momentum, thrust, torque, velocity, and weight.