Cavitation, abbreviated as K, describes the creation and collapse of bubbles in a liquid.  Localized cavities of vapor form on the low pressure side of the pump (suction) and collapse on themselves as energy is added to the fluid.  Cavitation can occur across valves or pumps.

As liquid travels from suction nozzle to impeller eye, it will experience pressure losses caused by friction, acceleration, and shock at blade entry.  If the pressure of the fluid goes below its vapor pressure, localized vapor bubbles will form in the impeller eye, travel through the impeller, and upon reaching a high pressure region, collapse.

When the Net Positive Suction Head (NPSHa) is less than the required suction head.  When the NPSHr exceeds the NPSHa, cavitation will occur.

There are several solutions for this.

Gas in the Lines

If there is entrained gas or bubbles in the line, vapor bubbles can collapse on themselves as the pressure rises and cause cavitation.

This can be solved by adapting the process to minimize the amount of entrained gas.

Effects in a Pump

Noise, excessive vibration, mechanical damage to the impeller.  Cavitation sounds like gravel or marbles running through the pipe or the pump.

The sound is actually tiny air bubbles forming and imploding on themselves rapidly.  The implosion of the air bubbles collapses with so much force that it takes a bit of the component's material while its up against a pump wall or on the seat of a valve.  An example of cavitation corrosion is shown below.  The pump impeller (and casing) both exhibit signs of cavitation.  Note that it looks like it was struck with a ball peen hammer or small ball bearings at the rusted portion of the photos.

Cavitation also causes increased forces on the components of the pump which can cause bearing failure or mechanical seal failure.  Once the bearing fails, catastrophic shaft failure is close behind.

Decrease in capacity of the pump.  Because vapor bubbles take more volume than liquid, increased bubbles will displace the liquid being pumped and cause the pump to reduce its capacity.

Cavitation effects on a pump impeller 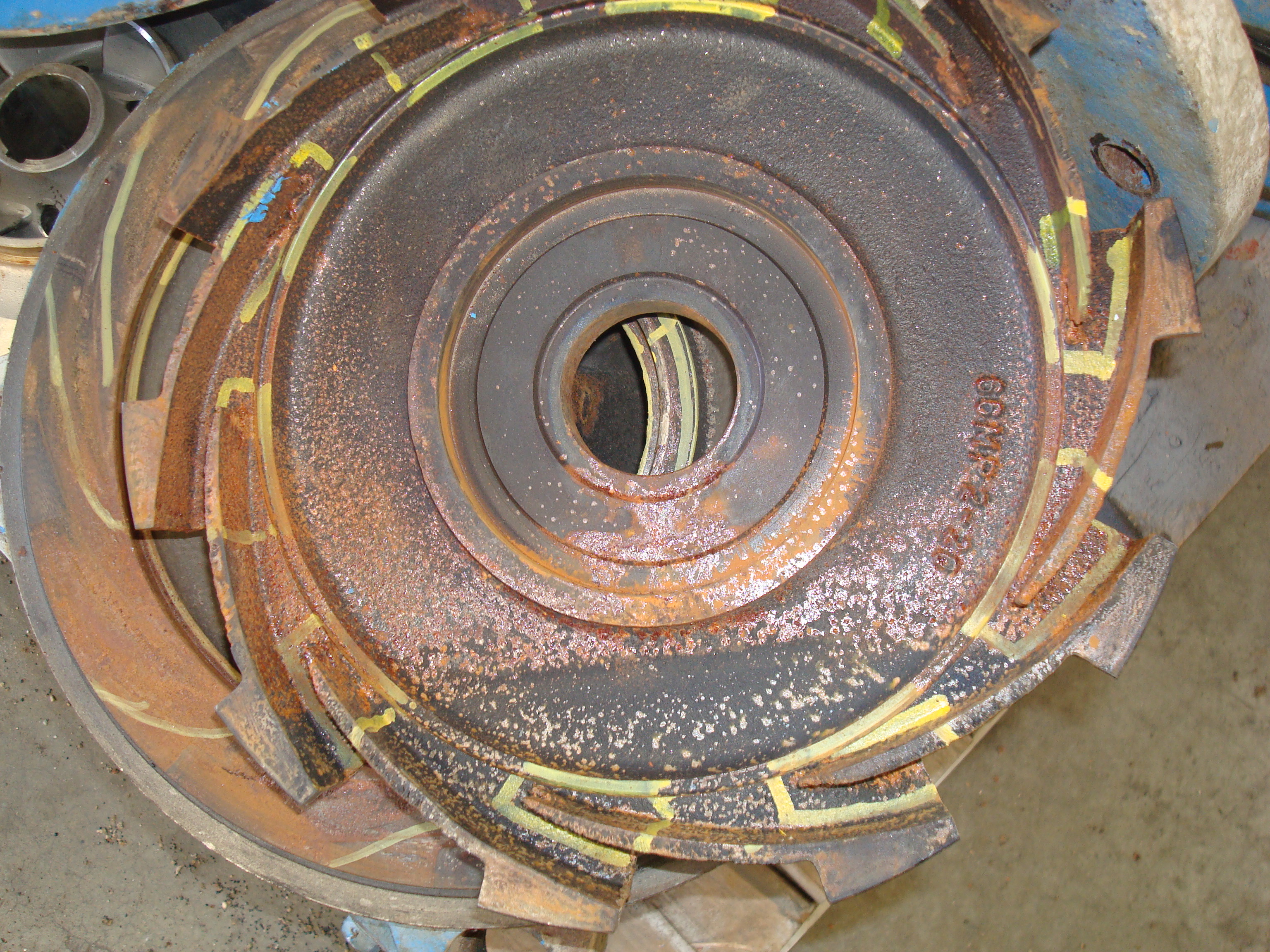 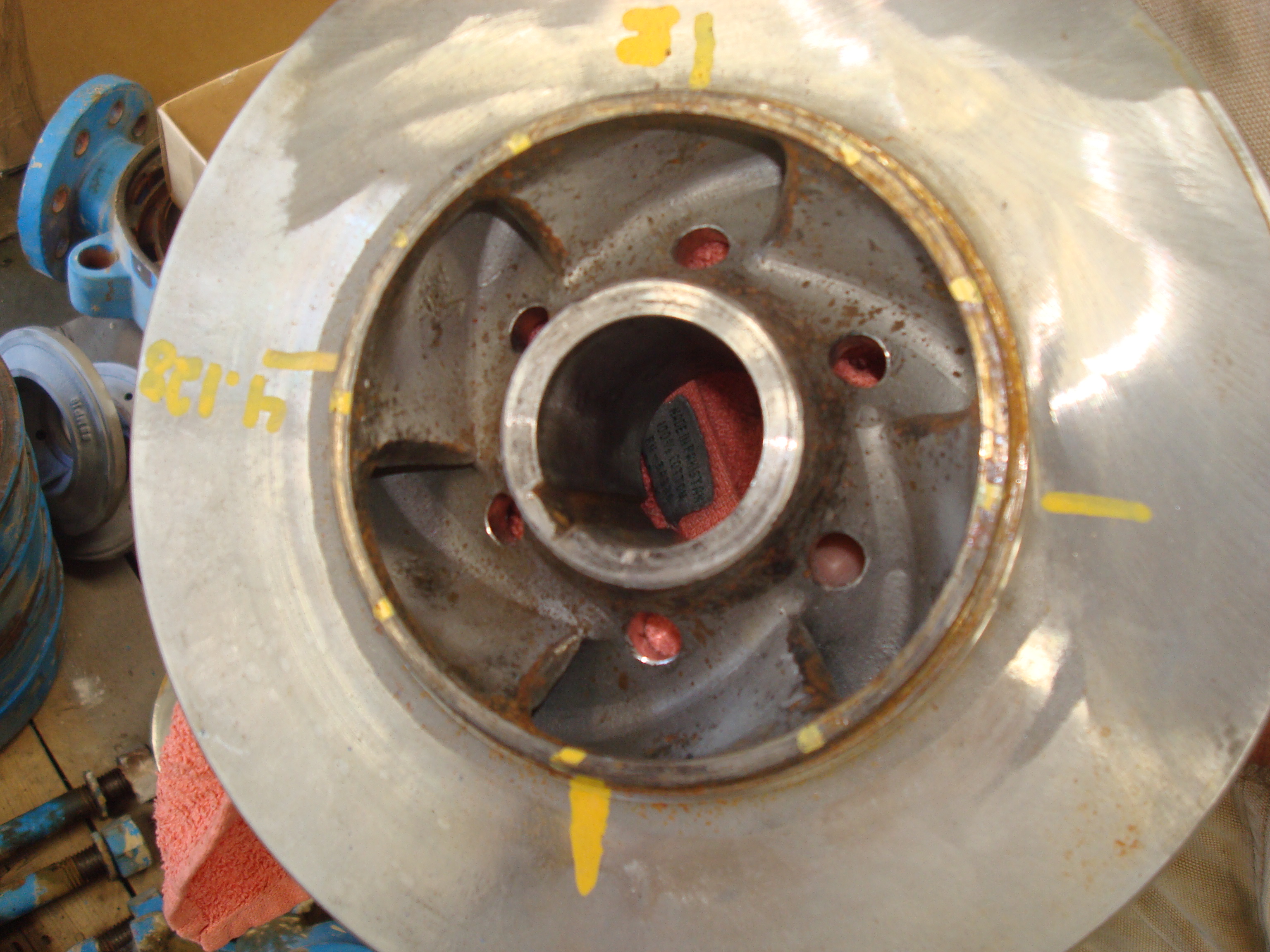 Cavitation in a globe valve

Cavitation in a globe valve by JudyMaceo