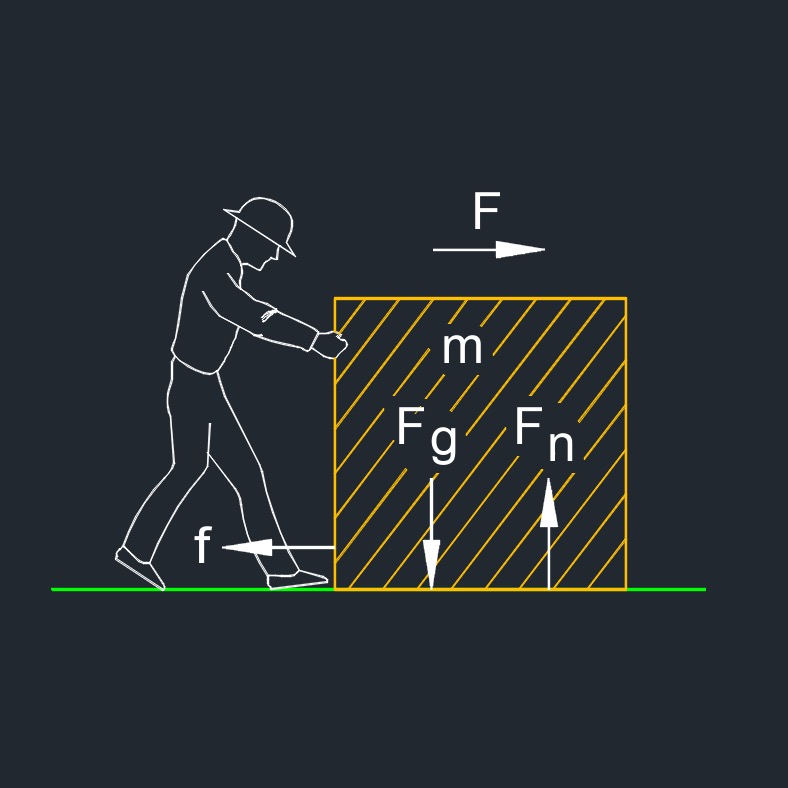 Friction, abbreviated as f, also called force of friction, is the mechanical resistance to the relative movement of two surfaces.  The frictional force on each body is in an opposite direcrion to the motion of the other body.  Since no surface is perfectly smooth, all having at least a minute roughness, there will always be friction, no matter how small the friction.

Friction is when two objects in contact with each other resist movement or slows down.

Forces caused by external agent present outside of the system.  External non-zero net force imparts an acceleration to the center of mass of the system regardless of point of application.

Forces exchanged by the objects in the system.  The force resisting motion between the elements making up a solid material while it undergoes deformation.  This can be due to either or both an applied force or the change in temperature.