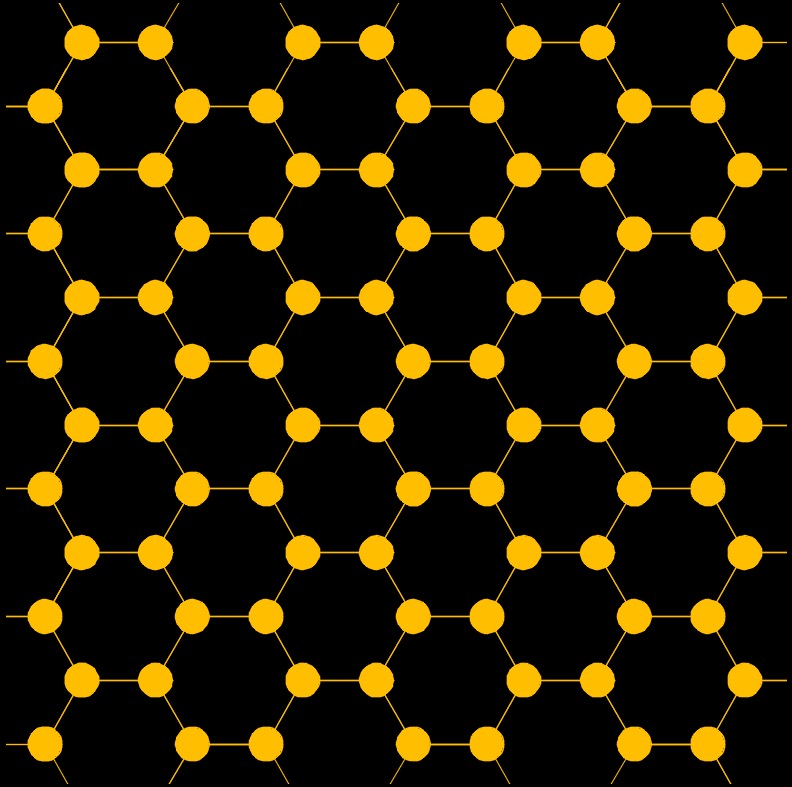 When you look around, everything you see or may not see in the universe is made up of matter.  If it has a mass and takes up space, it is matter.  There are three basic states of matter that everybody can recognize, gas, liquid, and solid.  There is a fourth which most people do not thinks of, plasma, it the most common state of them all. 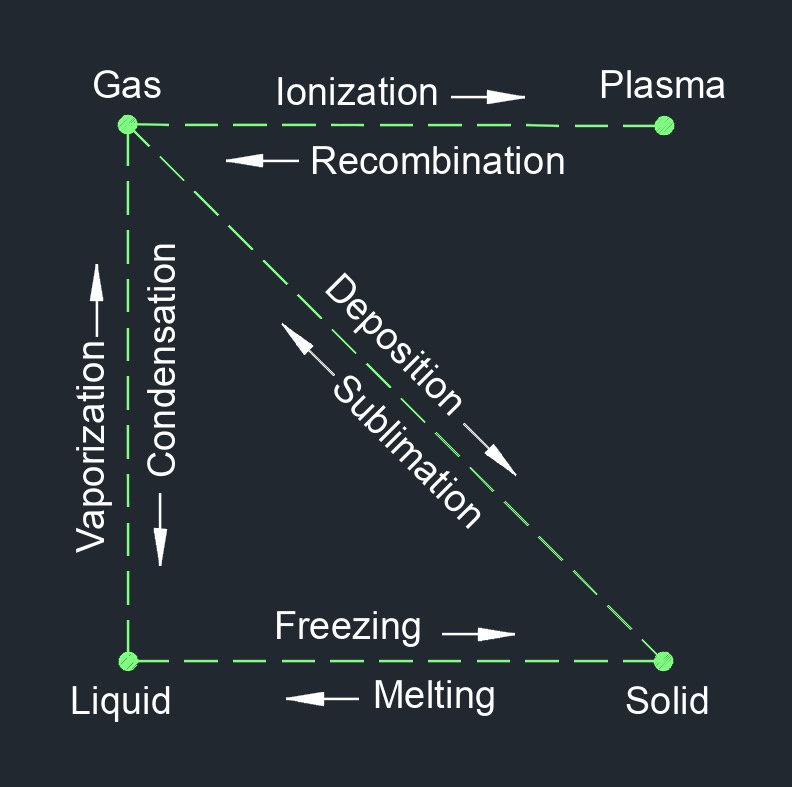 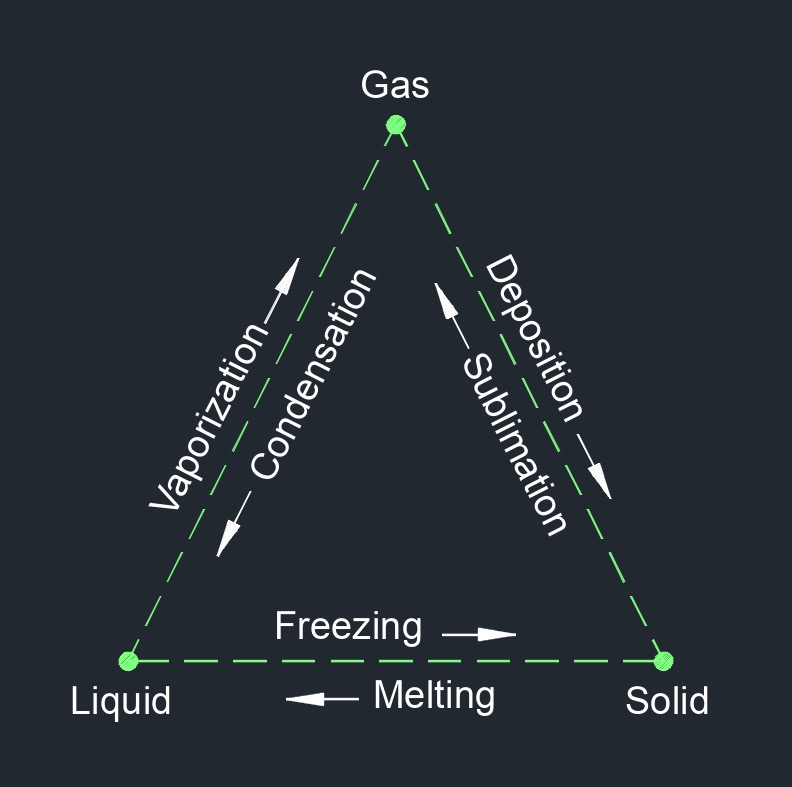 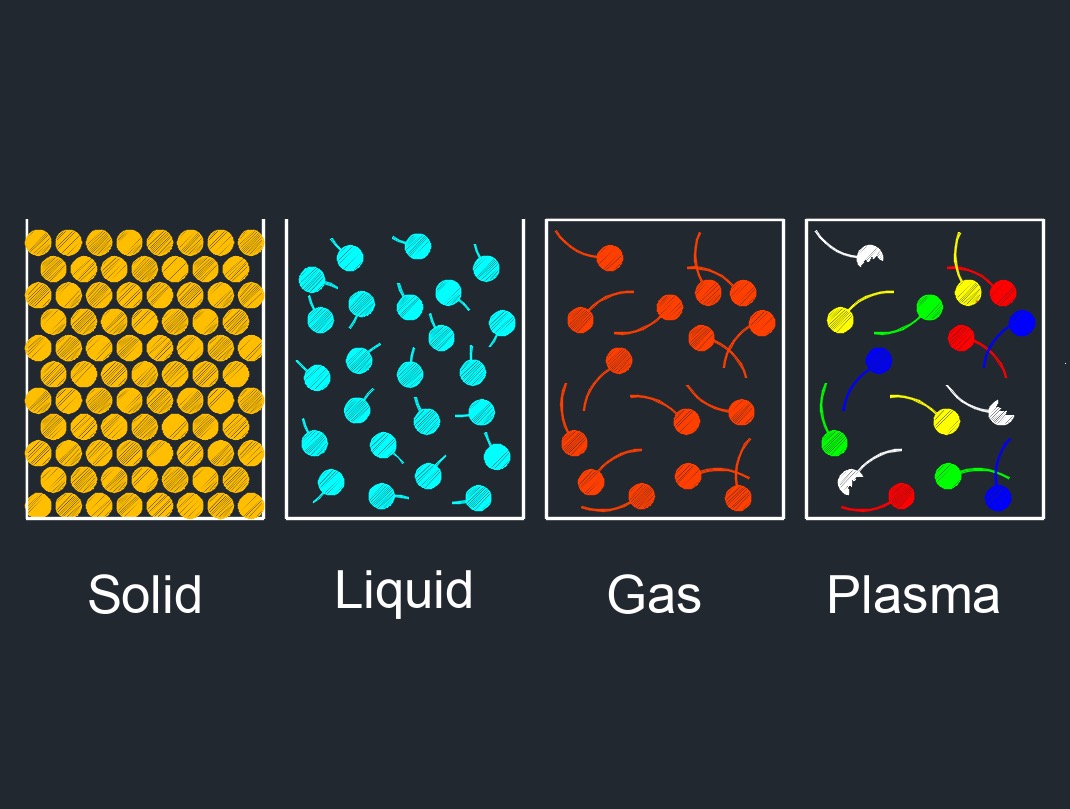 This diagram shows the arrangement of the physical properties between solids, liquids, and gas.