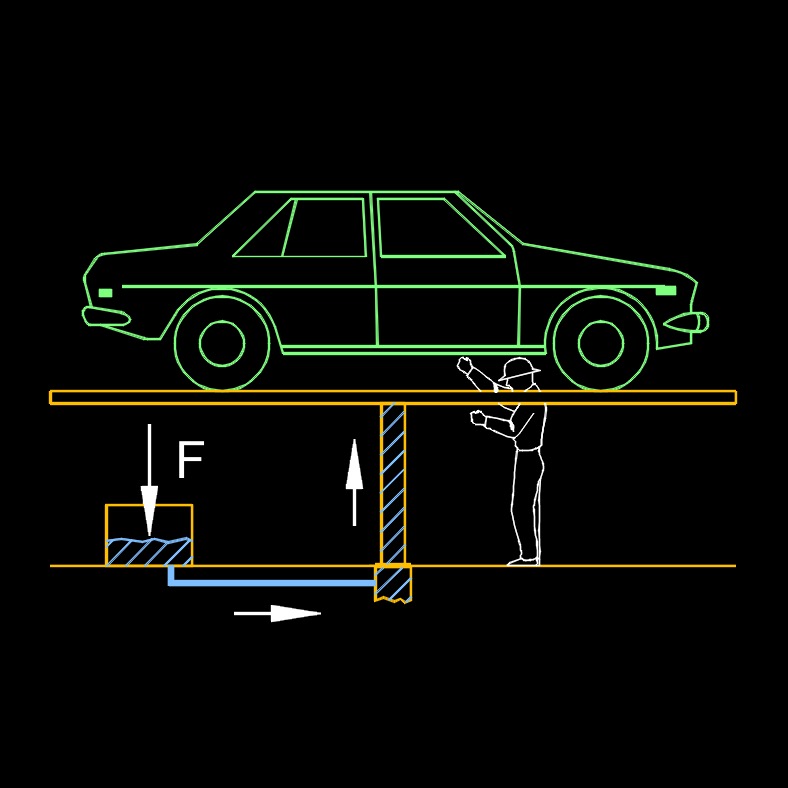 Hydraulics is the force or motion applied on a confined liquid.  A incompresible fluid is used to applying presure at the smaller end, it will have the same pressure applied to the other end which is large in diameter.

Hydraulic system depends on the pressure applied on the hydraulic fluid which creates power used for performing different tasks.  The force applied on fluid at one point gets transmitted through the connected components and enables some other point required for working.  The fluid which may be water, petrol or other liquid when pressurized acts on every part of the vessel creating power which is capable of lifting heavy loads.