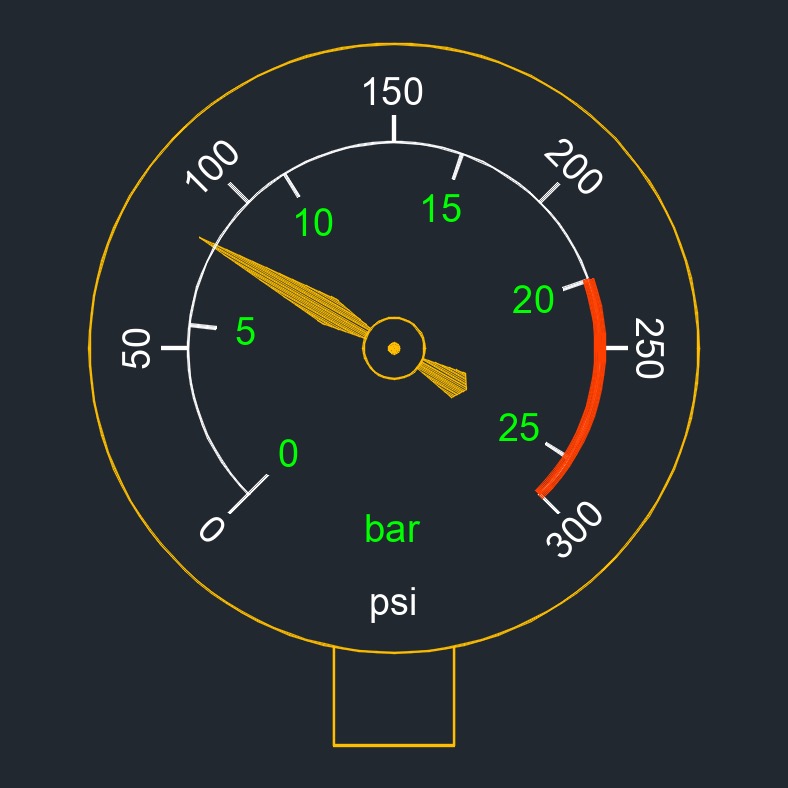 Pressure, abbreviated as p, is one of the most important concepts in piping design.  Simply put, it is the force exerted perpendicular to the surface of an object and is expressed as force per unit area.  Why is this important?  The purpose of a pipe or pressure vessel is to keep pressure contained in a specific location.  Differential pressure is also what causes fluids to move.  It will always flow from high to low pressure.  Pressure differences introduced by a pump or compressor will cause the fluid to flow.

Pressure is a scalar quantity having direction, some of these include area, density, energy, entropy, length, mass, power, speed, temperature, volume, and work.

Some common units for pressure are as follows.  For a more complete list, visit the pressure conversion page.

In piping design, pressure is measured several different ways.  On a Piping & Instrumentation Diagram, the typical instruments are: