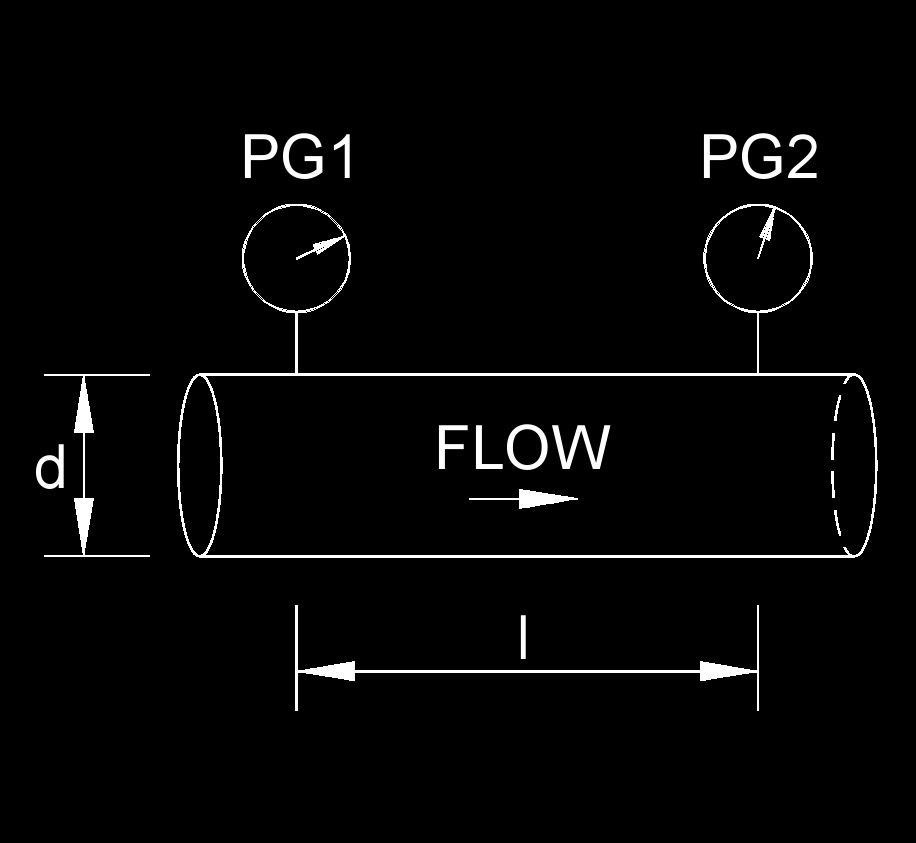 Pressure loss, abbreviated as \(\Delta P\), also called pressure drop, is the difference in pressure between two points, usually caused by friction resistance in the pipe, but moisture can also affect it.

Formulas that use Pressure Loss