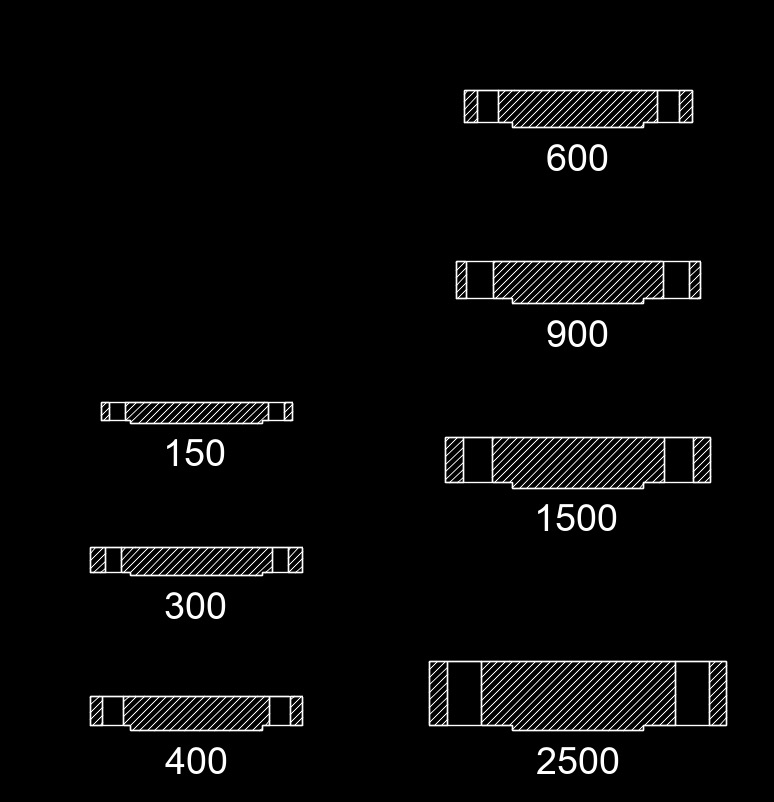 A blind flange, abbreviated as BF, is a piping component for covering or closing the end of a pipe, valve, vessel or tank.  When used at the end of a pipe, vessel or tank, it provides an easy open access for further extension of the pipe.  Because the blind flange’s sole purpose is to contain the pressure of the pipe, it (and its bolts) are stressed more than any other flange.

Blind flanges are commonly used in any industries that utilize piping.  They are available in all face types (RTJ, Raised and Flat Face) at all pressure ratings.  A blind can be inserted between two flanges to block flow but this isn’t good practice in most piping.  When trying to block flow temporarily in a pipe, the designer should use a spectacle blind instead.

A blind flange would be used at the end of a valve to ensure the accidental opening of a valve will not cause an escape of the process fluid.

When designing a piping system for expansion, a blind flange can be used to allow for bolting on piping when the expansion is completed.  This design allows for expansion or continuation of the pipeline by simply adding onto the final flange.  If used on a manifold in dirty service a blind flange can be used by the operations and maintenance staff to clean out or inspect the piping during a shutdown.

When placing a blind flange on a vessel manway, consider how it will be removed.  It may require the addition of a lifting eye for a crane or a specially designed davit to hold the flange in place after the bolts are removed.  Care should be taken in that the davit must be designed to be able to hold the entire weight of the flange.

The datasheets we have on this site are shown below. For simplicity sake, only datasheets that adhere to B16.5 are shown. ASME B16.5 covers flange dimensions from ½” to 24”. For sizes larger than this (ASME B16.47 Series A & B), please visit our flange datasheets page.