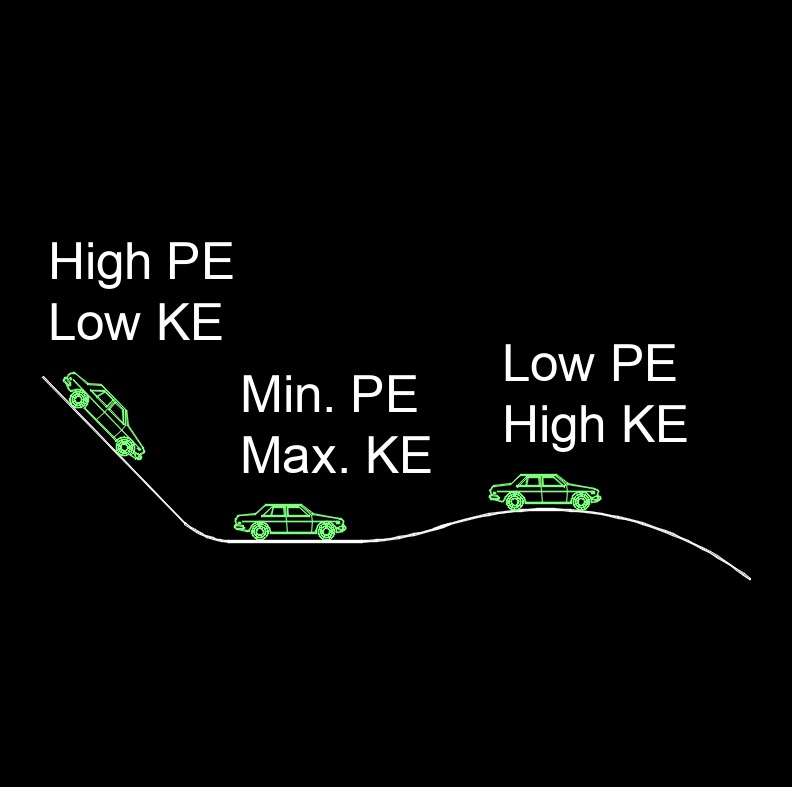 Kinetic energy, abbreviated as KE, is the energy an object possesses by virtue of its motion.  If it moves, it has kinetic energy.